Dominique Moerenhout, EPRA CEO, said: “European listed real estate companies have consistently raised their game every year since 2012, when EPRA began rewarding compliance with the Best Practices Recommendations for sustainability reporting. The recent big jump in the performance of our Swedish and German members is particularly impressive. The industry has now reached the point that we’re able to turn our efforts towards improving transparency on corporate ESG metrics, where I’m sure companies will also rise to an equally tough challenge.”

Consultants JLL reviewed the public disclosure of sustainability reporting of 134 companies (117 EPRA members and 17 non-EPRA/non-Index members) for allocating the Gold, Silver and Bronze Awards according to best compliance with the sBPR.

The performance measures assessed by JLL encompass: energy (fuels; electricity; district heating and cooling); direct and indirect greenhouse gas emissions; water; waste and certified buildings. A total of 36 companies won the highest Gold Award this year, a 44% rise from 2016. The total number of Award winners has almost doubled since the first survey in 2012, when only 22% of companies were awarded. In 2017, 40% received an Award, a 54% increase compared to 2016.

In Sweden, every listed company disclosed data in 2017 whereas only half did in the 2016 report, while in Germany the number rose to 41% from 19% last year.

Olivier Elamine, Chair of the EPRA Sustainability Committee and CEO of alstria office REIT, said: “EPRA’s engagement with member companies over their sustainability reporting standards, combined with investor and peer pressure, is clearly having a big impact on the transparency of the listed real estate industry. The listed sector is now unquestionably leading the way in terms of sustainability in the real estate investment universe, and provides not only investors but all its stakeholders with state of the art public disclosures.”

Denise Michela Sofia, Senior Consultant, Upstream Sustainability Services at JLL added: “EPRA sBPRs are now pervading every level of the European listed real estate industry. A sure sign of this is the disappearance of the relationship between portfolio size and average scoring against EPRA survey criteria, which was prevalent five years ago. As more and more companies have started applying the recommendations, the correlation between market capitalisation and Award winners has vanished.”

EPRA has now launched the third edition of its sustainability BPR Guidelines, which includes environmental, social and corporate governance indicators and additional guidance on reporting principles. The leading real estate companies are already seeking to measure their wider impact and contribution to society at an asset and corporate level, so EPRA aims to provide common industry metrics for non-financial disclosure. They include new performance measures covering diversity, employee development, health and safety, community engagement and Board composition, selection and conflicts of interest. 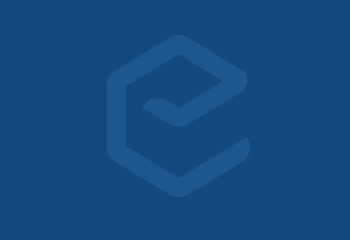