In late November the European listed real estate sector came together for a Sustainability Workshop on the top floor of THE Hotel in Brussels, overlooking a vast urban landscape. The topics discussed were, among others, sustainable finance and the future of a more sustainable economy in Europe, ESG disclosure and green bonds.

“When you look outside the window, it’s obvious why we should be represented in EU policymaking. Most of the world’s wealth is in real estate, so not having the sector part of the discussion on sustainable finance could cause a disconnect between theory and practice,” Olivier Elamine, CEO of alstria office REIT and chair of the EPRA Sustainability Committee said.

“The lack of engagement within the wider real estate industry on sustainable finance is surprising, especially since our industry is responsible for 40% of the world’s energy consumption,” fellow panel member Jorrit Arissen, Senior Portfolio Manager Real Estate at Kempen Capital Management, added.

But Robin Edme, Senior Policy Officer for Green, Responsible and Sustainable Finance of Directorate-General FISMA at the European Commission, said many actors and beneficiaries are not being represented on this issue. The EU’s High-Level Expert Group (HLEG) was established on December 22, 2016 and comprises 20 senior experts from civil society, the finance sector and academia as well as a limited number of observers from European and international institutions.

In order to move forward, Edme emphasised the importance of a commonly agreed set of standards, definitions and labels in sustainable finance resulting in a sustainable taxonomy, that would include real estate.

Labels are sometimes not helpful, as they don’t necessarily channel investment flows to where they are needed most. “It’s difficult to define what’s good and what’s bad. Labels sometimes lead to oversimplification,” Elamine said. The EPRA Sustainability Committee meeting, held earlier in the day prior to the Workshop, had also concluded that the right approach is to improve buildings to become greener and more efficient. “We don’t want an EPRA green index, we want the EPRA Index to be green by default,” Elamine said.

Kempen believes the solution lies in the disclosure of raw data which can be sliced and diced and customised to meet market demand. Investments can then be used to retrofit and improve existing buildings, instead of building new ones.

“The most sustainable investment is the one you never make,” Elamine said, because construction, including green buildings, is not of itself an exercise in sustainability: The consumption of sand and cement in construction is likely to be a big issue in the future climate change debate, the EU’s Edme concurred.

The disclosure of relevant data is crucial in bringing forward the implementation of ESG policies. “We see a paradigm shift from silo reporting to integrated reporting,” Elizabeth Krahulecz, Head of EMEIA Regulatory & Public Policy at EY, said.

The second panel of the afternoon at the EPRA Workshop agreed that investor demand was a strong driver for ESG disclosure and this is expanding with other stakeholders, such as tenants, becoming increasingly critical in areas like energy consumption and waste management, Emilie Delacroix, CSR Manager at Befimmo said.

She explained that the greatest challenge to the aggregation of industry-wide data is the tendency of individual companies to create their own standards. Data reliability can also be challenging, because stakeholders don’t always wish to disclose what is needed. Corporate transparency is the driving factor in ESG disclosure and the new EU directive does not go far enough in this respect, Delacroix concluded.

Tom Branczik, Senior Consultant at JLL, said EPRA endeavours to align its sustainability Best Practices Recommendations (sBPR) with evolving global standards in the market, not only legislation. For example, the association has now extended the scope of the sBPR to include nine new social performance measures and three new governance measures.

When asked about the effect of ESG disclosure on the valuations of real estate companies, Roxane Isaiu, Director of ESG & Real Estate at GRESB, said the evidence was inconclusive.  “My view is that it will take a few years before ESG factors will be incorporated into the valuations the way they should be.”

A topical subject in ESG policy and sustainable finance is the rise of green bonds, now the fastest growing source of real estate finance in the capital markets. But the green corporate bond market is still small – the entire universe of around USD 80bn worth of green debt would easily fit into the European Central Bank’s monthly quantitative easing shopping basket. An agreed definition of what a green bond actually is, is also a challenge for companies.

Clear definitions for green bonds are lacking, Guillaume de Bruyne Corporate Finance Manager at Degroof Petercam said during the third and final panel of the EPRA workshop.  Anna Creed, Head of Standards at the Climate Bond Initiative added that: “a green bond is one used to finance a green outcome,” but while the majority of ‘Green Issuers’ have good intentions and have their debt issuance endorsed by qualified third-party agencies, around 15% simply issue green debt without full disclosure to investors.

One of the early adopters of green bonds in the listed real estate sector was the largest Belgian REIT Cofinimmo. Jean Edouard Carbonnelle, the company’s CEO, said the green bond market needed to raise its profile and credibility with the debt rating agencies, which has already been recommended by the HLEG for sustainable finance.

Cofinimmo’s issuance of green and social bonds goes much further than a reduction in greenhouse emissions. “We have issued these bonds in order to support the social and sustainability initiatives we are taking and to make them known in the market,” Carbonnelle said.

Jean Van Buggenhout, Head of Property Services & CSR explained that: “50% of capital raised through bond issues is allocated to what we call green buildings, i.e. those having a BREEAM or BREEAM/in use ‘very good’ certification. From a social perspective, we allocate the other 50% to assets that promote access to healthcare for vulnerable groups of people, across three countries.”

Anna Creed said that debt pricing is obviously a key market driver, but supportive data for green bonds is sparse and assertions that they produce better returns are largely anecdotal. “At the moment, green bonds are pretty oversubscribed, but whether this is resulting in tighter yields remains inconclusive and issuers still need to demonstrate that there is a real difference in risk and returns.”

We could be standing on the cusp of a major expansion in the green bond market, but the biggest hurdle that still needs to be overcome is scale. There aren’t currently enough green bonds for them to be truly be an alternative source of finance, Degroof Petercam’s De Bruyne concluded. “We need to create a secondary market and there needs to be demand, but REITs, with their well accepted market standing, are very well positioned to take advantage of this.” 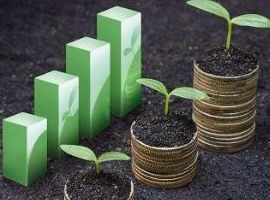 Learn more about the EU's comprehensive strategy on sustainable finance, developed to increase the financial sector’s role in supporting the transition to a low-carbon, more resource-efficient and sustainable economy. 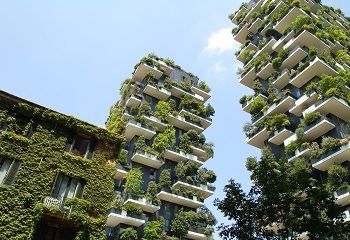 Did you miss the 2017 edition of the Workshop? You can easily access all the materials, including the agenda and photos from the event, via this link. 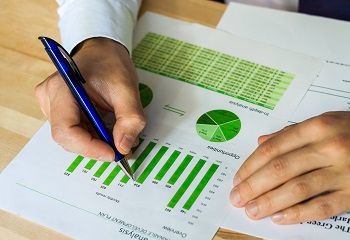 Voluntary sustainability reporting has become increasingly common in the European real estate sector. Since 2011, EPRA is actively influencing the debate through different initiatives including the development of Sustainability Best Practices Recommendations and guidance for European listed real estate companies.